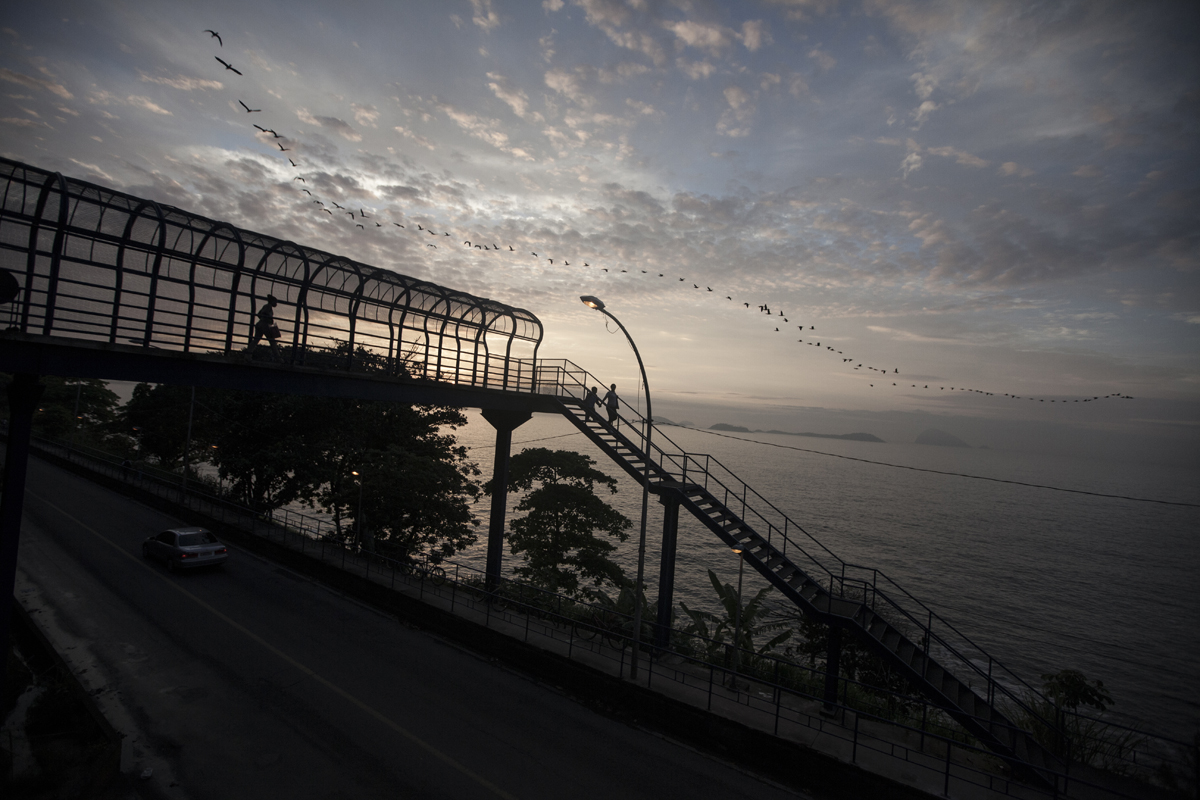 
Residents of the shantytown of Vidigal crossing a bridge over the road of Niemeier on their way to work in Rio de Janeiro, Brazil, February 13, 2012.