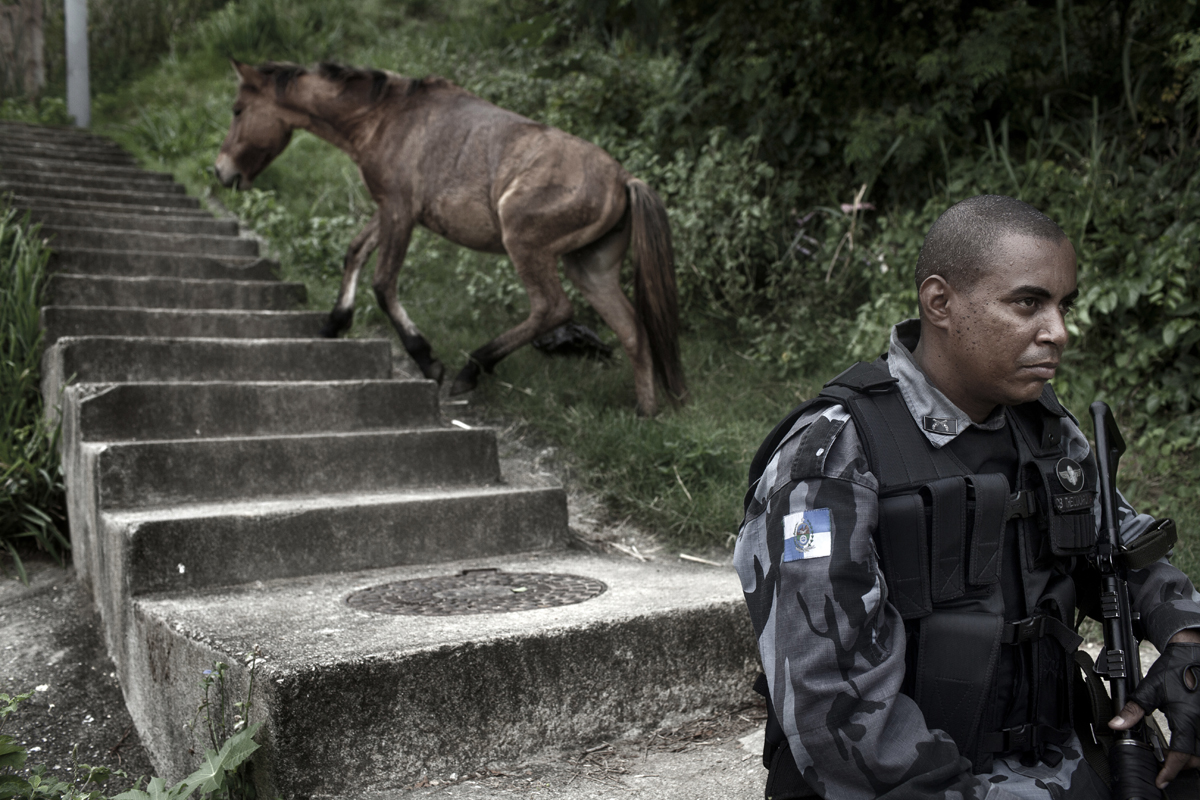 
A horse runs away from a Riot Police officer, while he patrols during the Occupation of one shantytown who belongs to the group of slums called Complexo de Alemao, in Rio de Janeiro, Brazil, April 26, 2012.