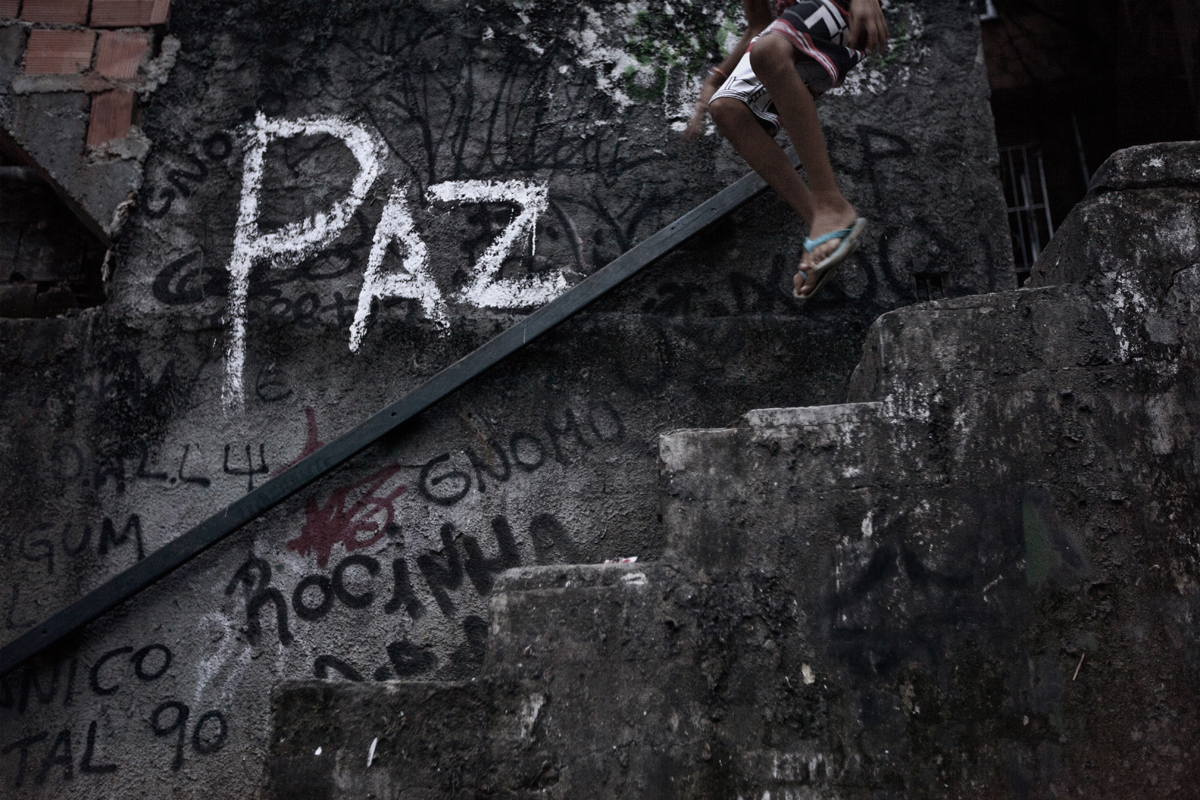 
A youth jumps down a stairway with the word "peace" written on the wall, in the Shantytown of Rocinha, the biggest slum of Rio de Janeiro, Brazil, February 22, 2012.