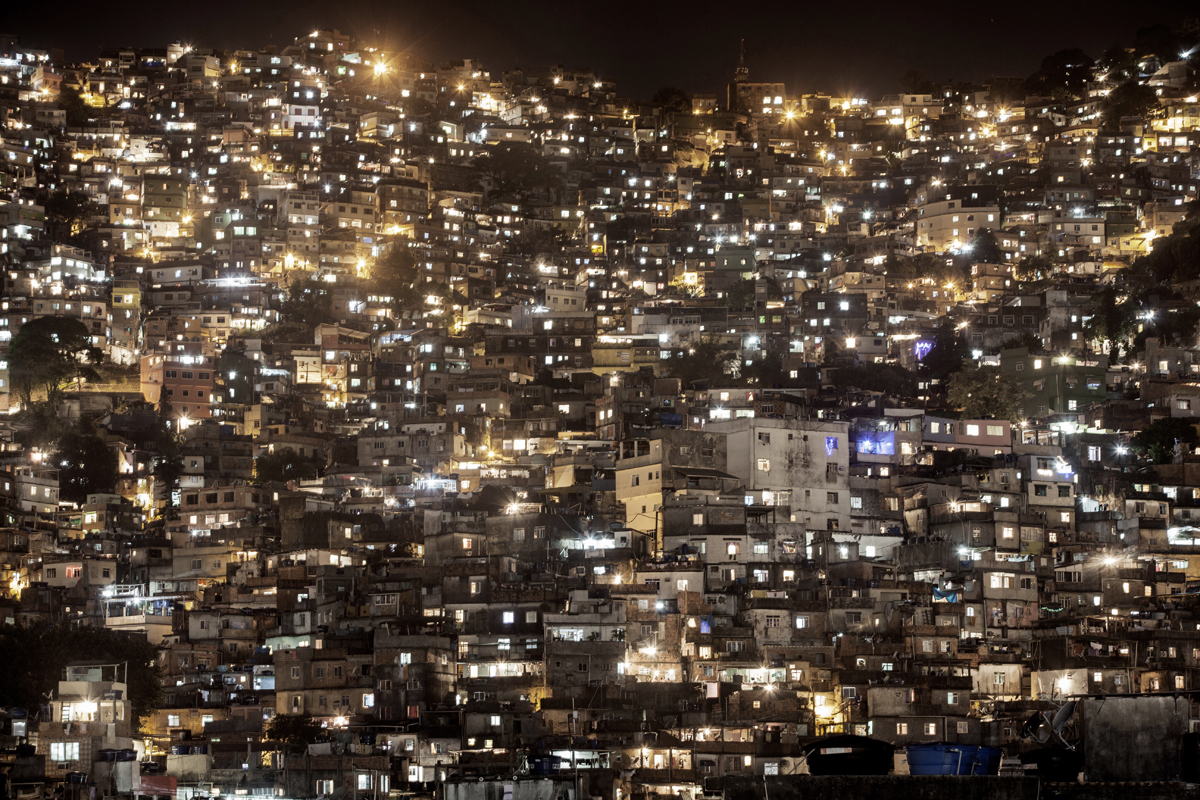 
A night view of the front side of the Shantytown of Rocinha, in Rio de Janeiro, Brazil, December 4, 2012.

With a population of between 120 and 150,000 people, Rocinha is the largest favela in Rio de Janeiro.

After being pacified in November 2011, Rocinha remains to be one of the comunities creating more controversy because of its size and its old connections to drug trafficking.